A Selfologist Against Himself
Sunday, April 2 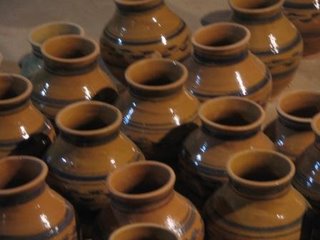 Sean kenny has written it:

I've just come across this blog posting. It's late here and I'm tired, too tired to write a reply. I think you've got me all wrong and I'd like the chance to explain why. But please, read the finished article, see what you think, I would like to hear.
Best wishes

I'm also interested to see how did you write and reflect on it, so please send me your article to "ehsonst 'at' gmail'com " I wrote it in this way for the spam 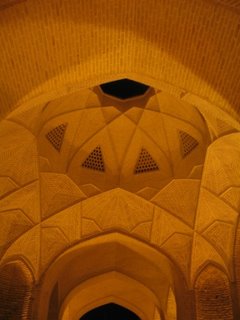 Mohammad Hossein, the one to whom I owe alot and what I really like about him is his challenges:

"i thought has anyone of my school teachers ever seen me in her/his dreams? have i been in their night lives? i am thinking that i do not like the places that do not have day life and night life both together, the places that accept the people only at days or only at nights and are empty and closed in one of these two timespaces. i do not like the people that share only their days or only their nights with me.i love allah because he is with me at days and nights, days and nights, days and nights. i remember ebrahim telling koffar enni la yohebbol afelin (do u know where is it in quran?)

school is still challenging, during these days and nights! as he said it's taking my hand and we are walking, school is not Yazd! school is not living in Kavir! 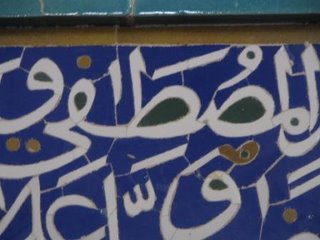 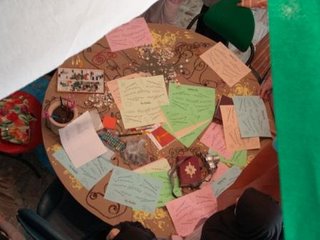 School is a thinking which has it’s own eyes for watching and his own ears for hearing.
What’s irritating is his eyes doesn’t shine, it’s all dull, it’s "fall off the wall"! it’s a pre eyes not a looking seeking eyes, if it explores it doesn’t seek for a great grace of a boy staring at water, or a shiny sparkly eyes of a discovery of a whisper!

What makes me nervous is his ears doesn’t shake it’s not a nosy moving tiny ears shaped at the sound of an helicopter passing by in the sky or ears for looking for big bangs of a empty milk pocket! or for the bells of the camels passing through the street selling soil for the yard! or ears for listening the door which is knocked, knock knock

Steps are somewhere else; they are not in the schools! It’s all challenging for boys who run through it and upon it and on it and of it! Steps play with them and I play with the steps, 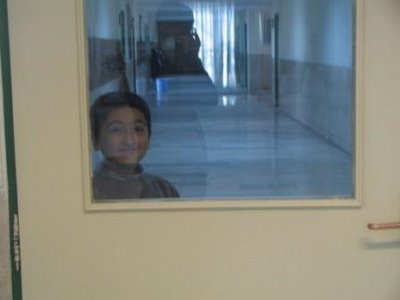 but the most questioning challenge and challenging question for me is " who is school?!" is there anything in the name of school? ! 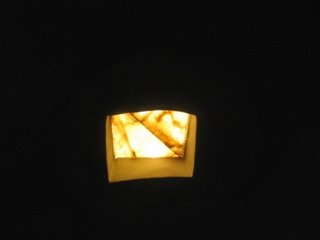 “If Iran persists in their proud and stubborn ways, if they harden their heart against all reason, Iran will provoke the EU to contain the situation to keep Israel restrained. The EU rapid response to Iran's nuclear jihad will be a new crusade.David Ben-Ariel

How can I “might be interested” when such an aggressive words without even knocking the door and without any getting permission about coming in, come into my room and start shouting at me!!
All the way, I was reading and actually listening to what suddenly jumped in! I was wondering, how can such words became that much wild and ugly
Lakof, I heard from him, metaphor we live by. All I’m seeking for is the metaphor which make this guy to let himself to shoot at me by these words but let me tell you about metaphors we, Iranian Muslims, live by. We believe the every moment of life is a jihad for God, by the way we use the words, or make them or tell them or listen to them, by the way we walk in the street or at home or in fight with you, by the way we sleep at home or in the journey or when we die, all and all and all the life is a jihad and if my life is not jihad its not worth to live it
So thank you to remind me of my nuclear jihad, thank you to remind me to tell you that my whole life is a jihad
ehsOn @ 9:57 PM
Friday, March 10 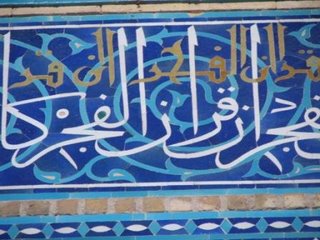 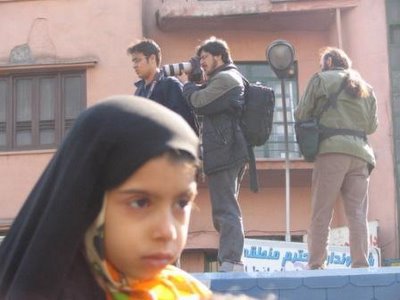 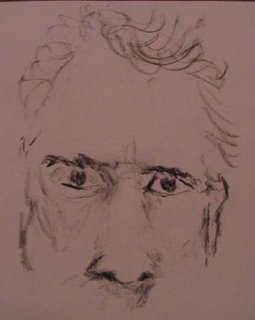 I was reading your comment on having the interview, I was wandering several times on your language and on the way you were expressing yourself , after I started to write I wrote the sentence above and I found myself on a point were I could feel what am I talking about!

“Ordinary” would act upon the whole sentences here and place me on it’s expected and predefined position you are trying to draw, “ordinary Iranians” versus the elite and in the context I feel it would versus the governmental and political guy whose shadows are on the whole country-a western media image of what’s happening here.In this sense by using “ordinary Iranians” and just using “the West” and facing those ordinary in front of the political issues you are supposedly name them above honesty I have to say the fake picture you are trying to make is a real gap and contradiction between “ordinary Iranians” and those who apparently lead and may control the country , again supposedly this gap is totally absurd if I want open it up for “West/America” because they seems to don’t have this ordinary American or western

Trying to explore more and more, I was watching the picture you sent me upon this comment and I was connecting some other places which were standing out in my mind, to let me more clearing my own picture of what you have sent me

You didn’t even let me to start with my biggest problems and fears, suddenly you as a journalist who is shouting with your ears try to tell me one of my “biggest problems and fears” and you what’s that? “Would you be interested in taking part? Obviously you would be completely anonymous and you can give a false name.”
Maybe this “Obviously will to be anonymous” is a journalistic manner but here in drawing a persons life I can’t say manners are just manners they don’t contain any sort of ideology or meaning, if you are a liberal journalist I’m also a liberal reader and liberal human who has his own voice and his own interpretation on hearing this dishonesty and fake comment from you

I would say that dark and gloomy image of your comment would reflect the shadowy and non dialogic soul of the whole interview, and the limiting and restrictive view you are having on the whole Iranians is yelling for me that you are not looking for hearing but for re-hearing what you heard before

“I look forward to hearing from you”